The recent news of Tom Brady’s retirement has seen an outpouring of support for the athlete and a long list of big names both within and without the sporting world sending tributes to the quarterback’s remarkable legacy. One such name is Bill Belichick, the longtime head coach of the New England Patriots who worked with Brady for 20 seasons sent out a statement congratulating Brady on his esteemed career and calling the quarterback the “best player in NFL history.”

The congratulatory and praise-filled statement came as a surprise to some, who noticed a snub from Brady to Belichick in his own retirement statement. Brady announced his retirement on Tuesday last week in which Brady didn’t mention his time with either the Patriots or Belichick, a team and head coach that he won 6 Super Bowls with.

Belichick posted his statement on Brady’s retirement to Patriot’s website a day after Brady went public with his plans to retire.

The statement read: “I am privileged to have drafted and coached Tom Brady, the ultimate competitor and winner… Tom’s humble beginning in professional football ultimately ended with him becoming the best player in NFL history. Tom consistently performed at the highest level against competition that always made him the number one player to stop… His pursuit of excellence was inspirational. Tom was professional on and off the field, and carried himself with class, integrity, and kindness. I thank Tom for his relentless pursuit of excellence and positive impact on me and the New England Patriots for 20 years.” 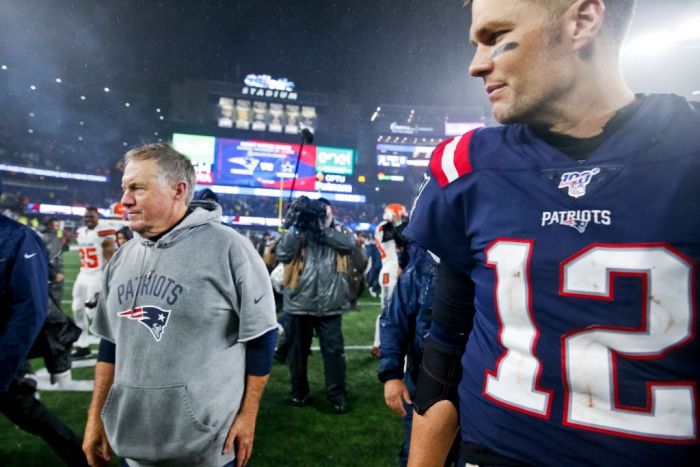 Brady posted a response to Belichick’s statement and returned the compliment to his ex-coach.

“Thank you coach Belichick I appreciate being coached by you the greatest coach in NFL history,” Brady wrote on his Instagram story.

Despite this exchange of praise, the ending of their professional relationship was troubled. Brady chose to leave the Patriots in 2020 to join the Tampa Buccaneers, where he has been a fixture for the past two years.