Anyone may pick up the basic game of hockey and enjoy themselves. Skating is the first skill you should learn. Ice hockey is impossible to play without the ability to skate. There are six primary positions on the ice in hockey. The goaltender is a player who guards the goal and works to keep the puck out of the net. There are a few notable goalies that stand out for their outstanding performance.

The Washington Capitals Braden Holtby’s stop is so well-known in NHL history that it has been dubbed “The Save.” During Game Two of the Stanley Cup Finals, Holtby made this save that is credited with changing the course of the series. The Capitals held onto a 3-2 lead in Game Two of the championship series despite losing Game One. Vegas Golden Knights player Alex Tuch collected the puck and then blasted it straight at Holtby. In a split second, Holtby responded, lunging his body towards the goal’s side and stopping the puck solely with the shaft of his stick. The save astounded the audience, and the Capitals went on to win game two and the following three games to claim the Stanley Cup. 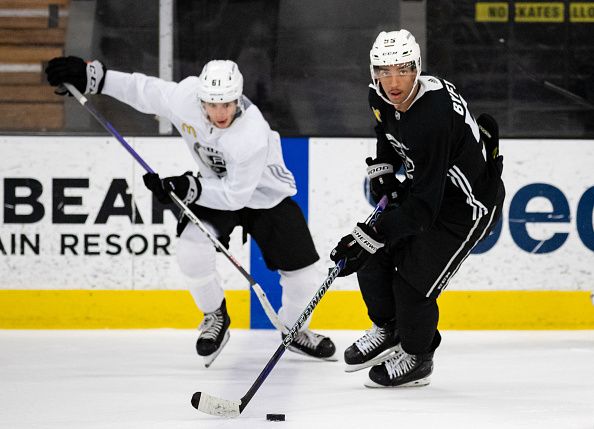 The 2013 NHL season began, and Dallas goalkeeper Kari Lehtonen made one of the best saves before the season ever took place. The club was up against the Columbus Blue Jackets when Columbus defenseman Jack Johnson snuck by and fired a wrist shot in the direction of the net. This shot appeared to be going straight into the net without any obstruction. Lehtonen, though, executed a move that had never been seen before in ice hockey. He pulled his arm back to catch the puck in midair, forcing him to twist his entire left side and flip his glove over. Even though this save was famous, Dallas did not end up winning.

When the LA Kings’ Anze Kopitar took a shot from the side during a penalty kill, Vasilevskiy was under pressure at the front of the crease but could not anticipate it. To successfully block the shot, Vasilevskiy had to position his glove in the ideal location at the perfect time. One of Vasilevskiy’s finest saves in his career thus far, he had expertly maneuvered his glove behind his back to block the puck from entering the goal. This shootout will go down in NHL history for its robotic precision performance.