Becky Hammon Signs On With The Las Vegas Aces
By Andrew Parker - January 5, 2022

Becky Hammon has long been seen as one of the strongest coaching prospects in professional basketball and will likely be the first woman to ever hold the position of head coach in the NBA. Hammon has been an NBA assistant coach veteran but just signed a momentous contract to become the head coach and general manager of the WNBA Las Vegas Aces in 2022.

Hammn recently spoke out during an Aces introductory press conference on the 3rd of January about her admiration for the WNBA coaches, saying she has been borrowing their plays “for a while”.

The decision to pivot into the WNBA shocked many of her fans who were expecting her to take on the mantle of an NBA head coach in the near future. But Hammon stressed that her decision was a  “step forward and a step in the right direction for [herself], for women’s basketball”.

Hammon joins the ranks of some of the best coaches in basketball that already call the WNBA home. During the press conference called out WNBA Minnesota Lynx head coach, Cheryl Reeve, and New York Liberty head coach, Sandy Brondello, as two coaches that she believes are some of the best to ever hold the position. 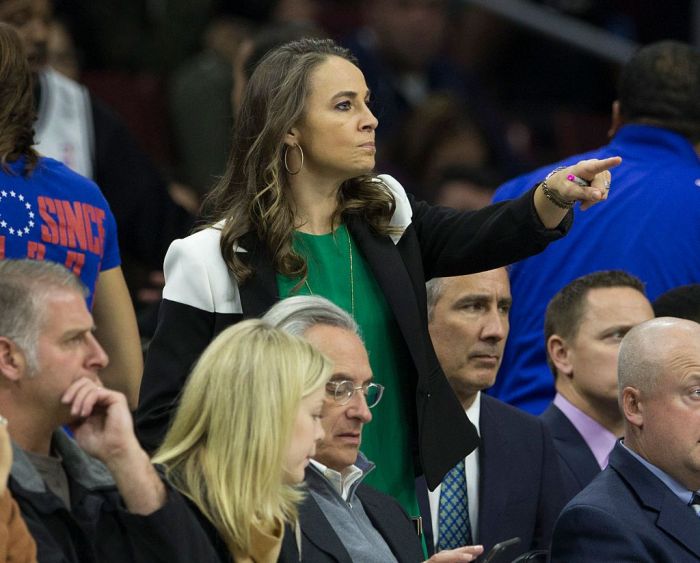 “I mean, these are quality coaches, period,” Hammon said of the two women. “Take off any other label. They are great coaches, period. They have great basketball minds… And they are a hundred percent invested in what they do,” she added.

Hammon said that she hopes her move to the WNBA will play a part in bringing more credibility and attention to the league.

“I mean, there’s so many great women coaches out there that should be leading their own teams and given those opportunities.”