Becky Hammon has become the first woman to earn $1 million as a coach in the WNBA’s history. The league’s newest acquisition left her previous post in the NBA to join the women’s leg at the end of last year and become the head of the WNBA’s Las Vegas Aces. It was widely speculated upon her entry to the WNBA that she would become the highest-paid in the league. That speculation has now been confirmed by the owner of the Aces, Mar Davis.

Recently, Davis introduced another new addition to his roster of coaches, a new head coach and general manager for the Las Vegas Raiders, and mentioned what he saw as the importance of hiring Hammon and representation in the league.

“Little girls, guys, anybody can look at her and say, ‘She’s just like me,'” Davis said, as reported by the Las Vegas Review-Journal. “‘A small basketball player who’s retired and she got the job. And she’s making a million dollars. I can do that, too.'”

“That was really important to me to bring in that kind of value,” Davis added. 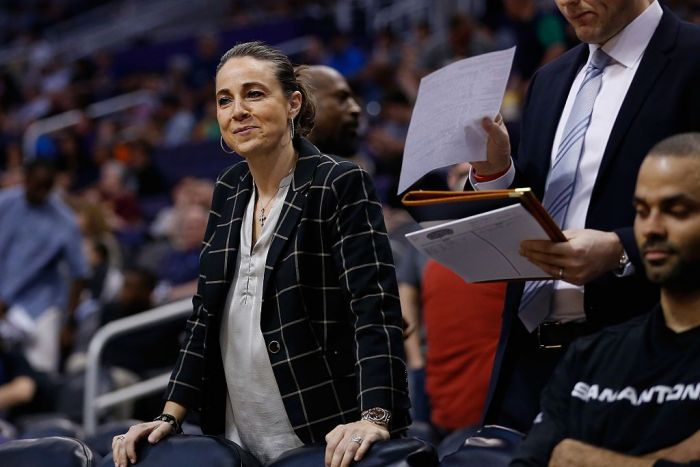 Hammon is a high-profile get for the team, she was all set to become the first-ever female head coach in NBA history before deciding to pivot to the WNBA and join the Aces. Hammon was previously the assistant coach to Gregg Popovich at the San Antonio Spurs where she served the team for 8 years. The announcement of her seven-figure salary has led many to believe that the massive payday was one of the reasons Hammon agreed to walk away from the opportunities awarded to her at the NBA.

The salary is an annual pay bump of $250,000 for Hammon, who reportedly was earning $750,000 at the Spurs. The pay bump has far-reaching consequences for the WNBA where players and coaches earn significantly less than those in the NBA.