Basketball played professionally had an interesting era in the 1940s. The National Basketball League, or NBL, was at the beginning of the decade’s major professional basketball leagues. But the Basketball Association of America was a new league founded in 1946. Meanwhile, the NBA was created in 1949 after these two organizations battled for years for popularity and eventually decided to combine. This marked the beginning of a new era for American basketball. The best player from NBL and the BAA throughout the 1940s are discussed in further detail below. 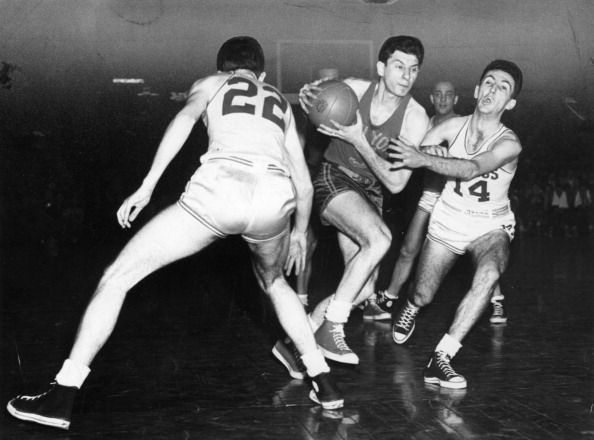 Oshkosh All-Stars center Leroy Edwards was a true beast on the floor throughout his career. The most by any player in the history of the league, he was chosen for eight All-NBL teams. In addition, he won the NBL MVP award three times, each time in a row between 1938 and 1940. Edwards scored 13.6 points per game on average in the 1944–1945 campaign. By today’s standards, it might not seem like much, but in those days, such point totals were enormous. He finished the NBL with 3,221 total points, which is second only to McDermott in NBL history. Since the league as a whole was averaging 50 points per game, Edward’s scoring performance would be comparable to about 30 points per game in the NBA of the present.

Max Zaslofsky quickly established himself as one of the league’s top scorers after joining the BAA in 1946. Averaging over 18 points per game for his three years in the BAA, the shooting guard from Brooklyn was the epitome of a basket on the court. In addition, he was named to the All-BAA First Team in each of those three seasons, and in 1947, he led the league in scoring. Like many other players, he decided to transfer to the NBA in 1949, where he continued to make excellent baskets. In his rookie year, he scored 16.4 points on average, earning him a spot on the NBA First Team. Zaslofksy was selected for an All-Star team the following year.