The New York Rangers seem to be moving forward these days, on a trajectory that will eventually place them consistently in the postseason picture. Sadly, the franchise’s all-time ranking of terrible moves is constantly changing. The Rangers’ worst transactions continue to remind them of what might have been in the past and present as they aim for another successful season that they hope will lead to them moving on to the Stanley Cup Final. So without further ado, the most recent ranking of the worst transactions made by the Blueshirts. 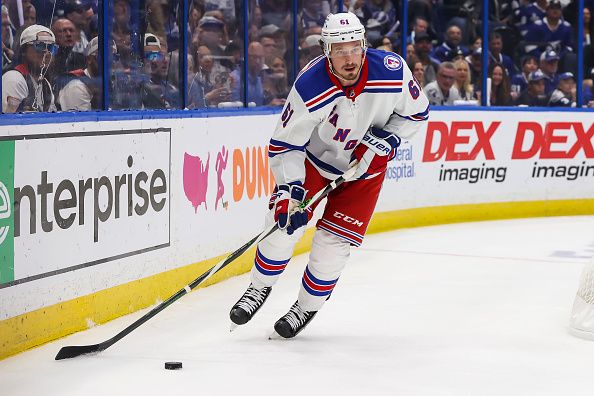 This still represents the pinnacle of the franchise, and only a shocking misstep in the recruitment and termination procedures could dethrone it. To reunite veteran striker Ken Hodge with Phil Esposito, who had joined the team in a landmark trade with Boston in November 1975, Ferguson swapped teenage winger Rick Middleton for Hodge in his first move as general manager, and it was a big one. Despite Hodge’s efforts, the Rangers placed last in the Patrick Division in 1976–1977. Before being transferred to the American Hockey League and retiring at the end of the season, he subsequently had two goals and four assists in 18 games during the following season in 1977–78.

The Rangers selected Marc Savard in the fourth round of the 1995 NHL Draft. After posting a nine-goal, 36-assist season in 1998-99, the playmaking center established himself as a real NHL player. Although Savard was traded during the draft for the rights to Czech forward Jan Hlavac, a swap of the Flames’ ninth overall pick (Jamie Lundmark) for the 11th overall pick (Oleg Saprykin), and a third-round selection, it appears that the front staff wasn’t convinced of Savard’s ability. If Savard’s career hadn’t been ended early by concussions that made him leave the NHL at age 33, this transaction would have been even worse.