Anthony “Rumble” Johnson twice attained the highest level of mixed martial arts in his professional career. Johnson contested for the Light Heavyweight Championship of the promotion at UFC 187 in 2015 and UFC 210 in 2017. Unfortunately, he lost both matches against Daniel Cormier, a future Hall-of-Famer, and suffered both defeats. Cormier was among the first of Johnson’s coworkers to pay tribute to him when word of his tragic death on Nov. 13, which says a lot about the kind of person Johnson was.

In 2006, Anthony Johnson switched from a hobby to a career in mixed martial arts. He joined the UFC, the most-known MMA organization in the world, after winning his first three fights on local Colorado circuits. Johnson would fight for the UFC as a middleweight and welterweight from June 2007 until January 2012. Although he failed to win a championship during this time, he did win multiple “knockout of the night” awards and had a reputation as one of the sport’s most forceful punchers. 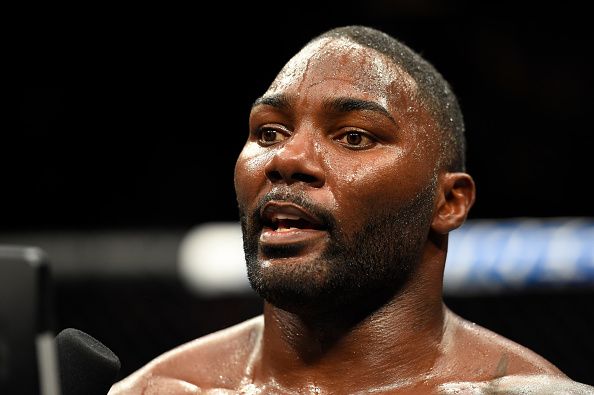 Johnson would fight for Titan Fighting, Xtreme Fight Night, and the World Series of Fighting for the following two years. He had advanced to the Light Heavyweight division by the time he made his UFC comeback in April 2014, and he still maintained the knockout power that had been bestowed to him by God. The last time Johnson competed for the UFC Light Heavyweight title, in April 2017, he was still listed on the organization’s roster. He made a one-fight comeback in 2021, defeating José Augusto Azevedo at Bellator 258 by TKO in the second round. His performance in the octagon would be his last.

Johnson found that becoming a mixed martial artist could transform him into a participant in a culture that had never provided him with a conventional road to success. It took strength and perseverance for the small-town boy to succeed as a wrestler in college and break into the professional ranks. These qualities were there in Johnson, and his success inside the octagon was evidence of his determination to enjoy life to the fullest, no matter the circumstances.